If Miami were chosen to be the home of Amazon’s HQ2, the demand for housing would skyrocket. Along with the 50,000 jobs that the new headquarters would bring to the city, home prices would increase significantly as people from around the country would head to Miami for a job at Amazon.

ATTOM Data Solution recently ranked all 20 finalist cities still in the running for the new Amazon headquarters to see which housing markets would be best suited for the potential influx, based on median home prices as well as six other factors that affect housing and quality of life.

Miami is currently ranked as the 16th most viable city to call HQ2 its home among the top 20 cities. It precedes only Newark, New York and Boston.

The median home price in Miami during the fourth quarter of 2017 was $258,000 with a 71 percent 5-year home price appreciation. Compared to the lowest median home prices of $130,000 in Indianapolis and $150,000 in Pittsburgh, the average price is already somewhat steep. But it is significantly better than Washington D.C., which is currently the rumored frontrunner.

“It’s a good end result for whatever municipality gets HQ2. The question is how quickly will they see benefits for the broader market,” said Clint Mann, president at Urban Pace. 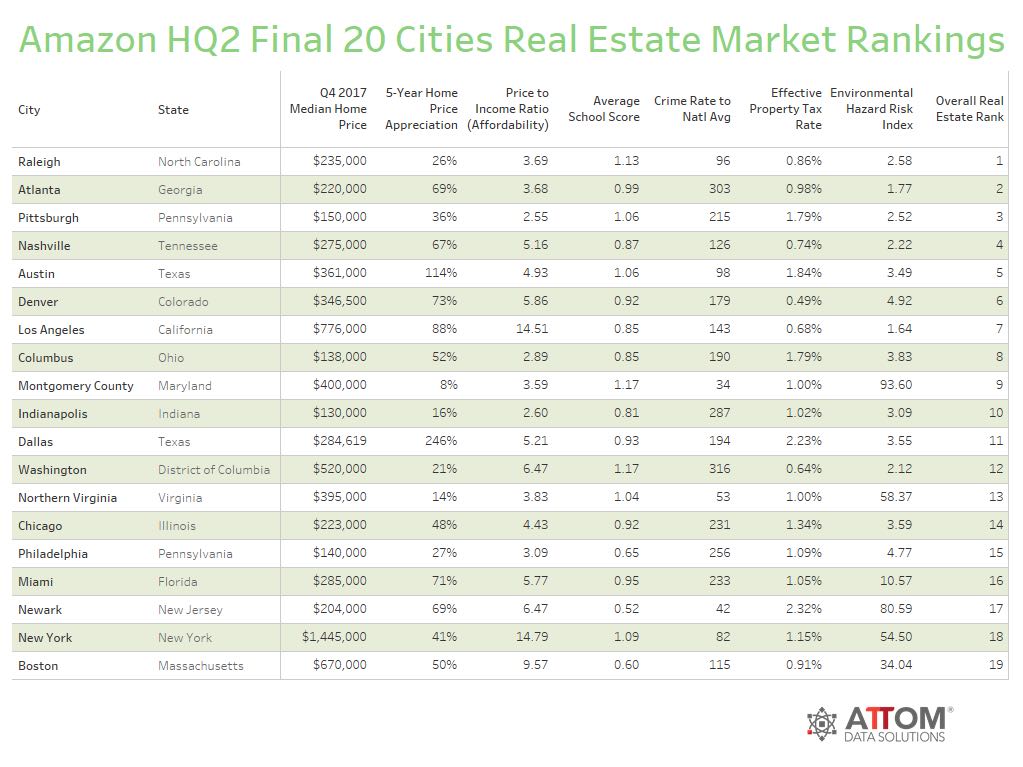