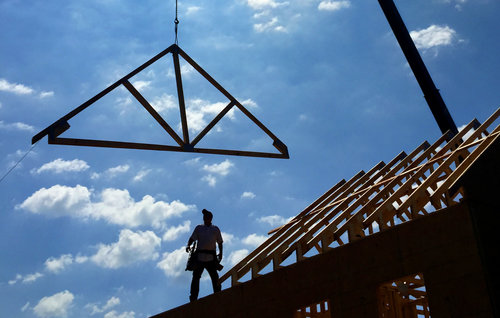 One of the biggest threats to the U.S. real estate market next year will be a familiar one, according to Freddie Mac economists: a lack of inventory due to sluggish building activity. In its latest Insight Report, Freddie Mac put that oft-repeated statement into new perspective. Assuming current trends continue — fewer homes being built despite high demand — the country may well be about 2.5 million housing units behind the pace necessary to meet the needs of its growing population, an aging housing stock and a market where prices continue rising.

“After nearly a decade of low levels of building, housing stock is well short of what the United States needs,” Freddie Mac economists wrote in the report. “Until construction ramps up, housing costs will likely continue rising above income, constricting household formation and preventing homeownership for millions of potential households.”

The report suggests that new housing coming onto the market has lagged far behind demand for more than a decade. In 2017, homebuilders hit a post-recession high of 1.2 million new homes completed. But according to Freddie Mac’s analysis, this was still 370,000 fewer units than needed to satisfy demand.

Last year’s construction numbers appeared even worse in historic terms. Looking at data from 1968 to 2007, Freddie Mac found only one year (1982) saw a lower count of new housing units than 2017. Therefore, while the U.S. market may be missing 370,000 new homes in 2017, it has an even larger deficit to catch up with following 10 years of anemic growth.

“If supply continues to fall short of demand, home prices and rents are likely to outpace income and household formation will fail to reach potential,” the report noted. “The inadequate level of U.S. housing supply is a major challenge facing the housing market in 2018 and likely for years to come.”

To determine where the country should be in terms of annual housing construction rates, Freddie Mac economists created a model that accounts for four key sources of demand: household formation (primarily driven by population growth), replacing existing units, second-home buyers, and a stable year-round vacancy rate.

The model offers a baseline estimate of U.S. housing needs: 1.6 million new units per year. But Freddie Mac economists cautioned that there is a wide degree of uncertainty that the model could not account for. Perhaps population growth will be much faster in the near future, or it may turn out that fewer young adults than expected will create new households, for example. If Freddie Mac’s model is overshooting, the lowest annual tally of new homes necessary to meet demand could be as low as 900,000. On the other side of the model’s margin, demand could be as high as 4 million new homes per year.

Either way, construction activity is expected to come closer to the “best-case scenario” of lower-than-expected demand than higher-than-expected homebuilding rates. Freddie Mac’s most recent economic forecast estimated that housing starts will improve marginally each year, finally reaching an estimated 1.4 million new units by 2020.