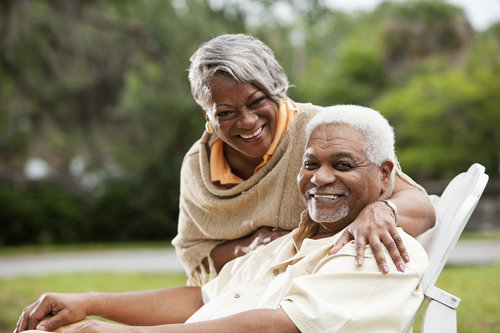 In recent years, baby boomers are accounting for a smaller portion of the homeowning population, currently just 25 percent, and a new report finds that they typically prefer not to take advantage of the technology available to streamline the homebuying process.

MetroStudy partnered with Zillow to discover and analyze trends in the housing market among baby boomers, those age 53 to 72, in their 2017 Consumer Housing Trend Report.

A significant aspect of the homebuying process today is the role of technology. Baby boomers saw the birth of the computer evolve into the web which then turned into technology that transformed the homebuying market. But by the time this was available, baby boomers had already become accustomed to the way they had been doing things for years.

Unlike millennials, technology is not an integral part of life for most baby boomers, and this inevitably results in a prolonged homebuying process for these buyers. To no surprise, the study revealed that the use of online resources in the home market decreases as buyers age. But, a significant amount of baby boomers were found to use online resources, as 70 percent of them said that they do. But only 37 percent of those buyers were found to use mobile resources during their search for a home, compared to the 77 percent of millennials that do.

Almost a third of baby boomer buyers want to be the first ones to live in their home. While 28 percent of them seek new construction homes, 30 percent want one within the $200,000 to $300,000 range while 25 percent look for a newly built home in the $300,000 to $400,000 range.  Baby boomer buyers were also found to be the age group entering the homebuying process with some of the most specific requirements for their new homes, demanding specific square footage or a certain number of bedrooms.

Because of the fact that baby boomer buyers do not use technology as much as younger generations, they were found to take longer searching for a home, an average of 18.9 weeks. For baby boomers, talking face to face with their agent is much more comfortable. In fact, more than half (52 percent) of boomers said they would prefer to meet in person, while only 23 percent wish to communicate through phone calls.

The needs of buyers have evolved over generations. While the priorities among the millennial generation range from locations close to work to family-friendly neighborhoods, baby boomer buyers approach with different priorities in mind. The study indicates that baby boomers seek homes that have functional floor plans matching their needs, air conditioning and energy efficiency as well as safe locations.

The study also found that home sales with potential baby boomer buyers go best when agents map out the the proximity to local grocery and drug stores, as well as displaying images of grandparents playing with children. Agents selling to veterans benefit from offering incentives and having military tidbits around the home when displaying the model. Many elite buyers are downgrading, in which case highlighting the fact that maintenance on a smaller lot will be much easier helps. What these buyers truly remember and appreciate is the extra touch of human interaction, the report noted. Following up via phone or snail mail always goes a long way and will leave a lasting impression on potential buyers.