Miami has the fourth most-valuable housing market in the country at $864.2 billion, according to a new report from Zillow and Bloomberg. Its value grew 4.7 percent from 2016.

Meanwhile, the country’s top 10 most valuable markets are worth $11.3 trillion — 36 percent of the country’s total housing market. Columbus, Ohio, had the most growth, increasing 15.1 percent from last year to $152.3 billion this year.

Zillow noted that the U.S. market’s value is 1.5 times more than the U.S. gross domestic product and nearly three times as much as China’s. 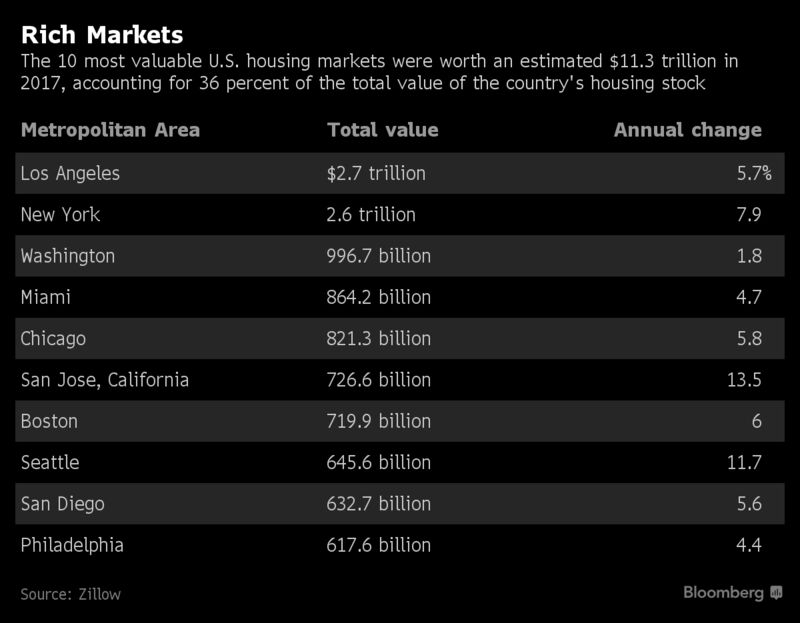